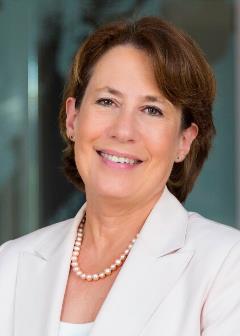 Sheila Bair has had a long and distinguished career in government, academia, and finance. Widely respected for her expertise in financial regulation and consumer protection.

Ms. Bair is currently Chair of Fannie Mae's Board, after serving as a Director at Fannie Mae since August 2019.

Perhaps best known as Chair of the Federal Deposit Insurance Corporation (FDIC) from 2006 to 2011, when she steered the agency through the worst financial crisis since the Great Depression, working to bolster public confidence in the nation’s banking system. During her tenure, she received numerous awards and recognition for her leadership at the FDIC, including the JFK Library’s Profiles in Courage Award. She was twice, named by Forbes Magazine as the second most powerful woman in the world and was dubbed the “little guy’s protector in chief” by Time Magazine. Time also placed her on the coveted “Time 100” most influential people list, profiling her on its cover with Elizabeth Warren and Mary Schapiro as one of the “New Sheriffs of Wall Street”.

LGA among 20 insurers with fastest growth in 2021